Homepage › Stories › Something To Live Up To › Chapter 48

"Come out!" El shouted. I breathed and opened the door giving the girls the view of my outfit for tonight.

"What do you think?" I exited the bathroom. "Screw the hair, look at the dress!" Dani's mouth shaped a perfect 'o'.

"You look hot! I can't wait till Harry sees it!" El clapped enthusiastically.

"Thak you girls. Are you ready?" I asked them as they all nodded. "You're all pretty fit too."

"Let's show the boys what we're made of." El grabbed our hands towards the stairs. "Louis!" She shouted making me wince. She mouthed a sorry.

"Are you all downstairs?"

"Okay, we're coming." She shouted. "Girls, do your magic." She whispered to us. I couldn't help but find this very funny, I was about to parade for the One Direction boys with their stunning girlfriends by my side...
I sighed and look to the floor making sure I wouldn't fell in my heels. When I found the steps I was able to look up, that's when I saw the five boys at the bottom of the stairs, all mouth hanging.
Harry was looking straight to me, his eyes scanning me multiple times as I walked down. As I reached the bottom of the stairs he stood stiffen in his spot without moving, scaring me. What happened?
He then finally shook his head and walked towards me, reaching for my hand while swallowing.

"I-I don't even know what to tell you, you look..." He paused. "I don't think there's even words to descrive how you look tonight." His eyes wided.

"Thank you." I looked to my hands blushing to his compliment. In the moment I looked up again his lips caught mine by surprise in a very soft and gentle kiss. He moved his lips slowly to mine whilst grabbing me by my waist leaving tingles in the spot of his hands.

"I think we should stay home." He whispered resting his forehead against mine.

"I don't think I'll be able to control myself seeing you like this the entire night without dragging you straight to my room." He shook his head lost in his thoughts.

"I'm flattered but we ARE going out tonight."

"Fine." He narrowed his eyes. "But just don't walk away from me okay, I don't want any guy looking at you."

"Yes honey." I rolled my eyes.

"Don't roll your eyes to me." When I was about to say something he placed a kiss in my mouth preventing me from speaking.

"That's not fair." I patted his arm still trying to get back to reality after the kiss which reminded me we were not alone. Instantly looking around I noticed everyone looking at us except for Liam and Danielle talking in their own little bubble. El and Perrie were looking at me with a I-told-you-so face as the boys grinned largely at Harry. But something told me there was still something I was missing.

"Okay guys." Zayn cleared his throat. "The limo is waiting for us."

"Yes love, if we want to go all together it's necessary to rent a limo otherwise we wouldn't fit." He explained. I headed to the door looking for Harry hand but someone grabbed me before I could reach it.

"He was super excited!" Perrie grabbed my arm. "And when I say excited I mean..."

"A boner." El appeared on the other side.

"Really? I didn't notice." I frowned.

"You were to mesmerized by his eyes to notice anything else." El reasoned. "But he was definitely having a boner, that's why the boys were laughing."

I haven't notice it really but we were not pressed against each other so I guess it's normal. A part of me was jumping inside at the efect I have on him, it is good to know I can turn him on. But now that I know this, maybe I can enjoy this a little more I thought. I'll seduce him the best I can tonight and see how he reacts to that. I kew he was still slightly mad at me and I intended to make him forget all that.


As we reached the club I was super excited I haven't been clubbing with friends in a while and I miss dancing already.

"Okay guys let's go." Louis opened the door for us all to get out. When it was my turn I felt Harry pushing my dress down. I looked at him confused as he sent me a concerned look.

"Don't leave my side." He threw a protective arm around my waist.

"You are my baby." I laughed at his corny words.

"Come." I grabbed his hand entering the club. It looks amazing, filled with blue lights on the two floors.

"Where are we going?" I yelled at Harry's ear making sure he hears me despite the loud music.

"There." He pointed to the second floor filled with tables. We all sat in a conter around a very big table surrounded with couches. Harry of course pushed me immediatly to his side circling my waist.

"I'm gonna order the first round for everyone." Louis called the waiter and immediatly ordered shots for all of us.

Before I knew I had downed four rounds of shots and I was getting pretty tipsy but I didn't care.

"Are you okay?" Harry asked beside me still holding me.

"Yes. And I have an idea." I stood up. "Come dance with me." I dragged him to the dance floor where this amazing beat were contagious.

I was heading to the center stage when Harry pushed my hand making me colapse against his body.

"I think we're good here." He whisperied in my ear making me shiver. Oh I knew what he was doing.

"Yeah I think too." I smirked placing his hands on my waist. "See if you can keep up." I challenged.

He twirled me around pressing my butt to his cock as his hands held my waist tightly moving our hips together to the rythm. 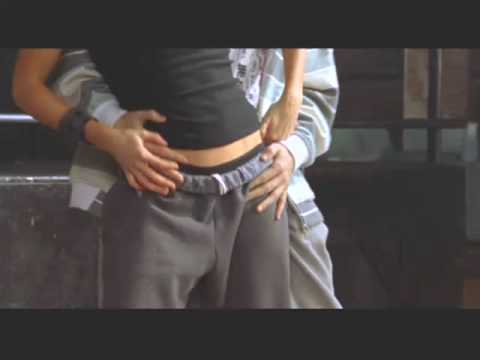 "I think I can." He breathed against my neck skimming his lips along my collarbone. I bit my lips supressing a moan, he was not winning this!
Immediatly I grabbed his hands and twirled me around holding our hands above our head as I moved my hips seductivelly, our faces inches apart.

"Stop doing that." He gasped.

"Doing what?" I smirked pressing my hips to his.

"Exacly that." He pushed me by my butt, pressing his body against mine allowing me to feel his 'happiness' on the lower region.

"What if I dont?" I kept moving, running my hands in his back under the shirt.

"You'll have consequences." He squeezed my butt slightly skimming his lips against mine without kissing me properly.

"Bring it on." I winked as surprise filled his face. I kew it was the alcohol talking otherwise I wouldn't have the courage to do all this and be so provocative right under everyone's eyes in a public place.

"You'll regret saying that." And before I could answer he pressed our mouths together hardly pushing his tongue immediatly inside making me gasp.
I brought my hands to his hair tugging his curls slightly and kissing him with the same passion. His hands travelled all over my body caressing and squeezing every now and then. I was pretty sure I would fell if he wasn't holding me that tight because all my stenght ran of my knees.

"W-wait stop." He broke the kiss panting heavily. "We can't do this here." I ignored him and attached our lips together again, I didn't want to stop, it was to good. "Okay, come with me." He pushed us through the croud to the toilet.

"What are you doing?" I asked as he locked the door behind him. Without answering my question he placed on the counter and stood inbetween my legs.

"The question is what are YOU doing to me." He breathed attacking my neck. I tilted my head to the side giving him more space. He started nibbling and sucking it hard making me moan. I was pretty sure I'd have his bites in the morning. After he was done it was my turn to torture him so I put his shirt up and started kissing his abs feeling his muscles twist on the way. Once I was done I moved to his neck attacking it with the same force earning a moan from him.
He circled his waist with my legs, leadind us to one of the cubicles.
He held me up against the wall connecting our mouths again as his hands squeezed my tighs making me squirm under his touch. Then one of his hands rested on my breast.

"Har-ry." I moaned as he cupped them. It only caused him to kiss me harder, our tongues fighting for dominance. I felt all my blood rushing down to my tighs when he moved his hands to my dress pushing it up.

"What are you doing?" I asked using all my air suply I had left.