Homepage › Stories › Something To Live Up To › Chapter 22

I looked at my phone, currently 2 pm. I had just called Zayn to check on Mia but she was with Eleanor and Danielle at Harry's while he was with his girlfriend Perrie which I haven't met yet. As everything was okay, I turned my attention to my date again whilst we walked down this beautiful and peaceful garden that Harry knows because that's where his father once brought his mother. 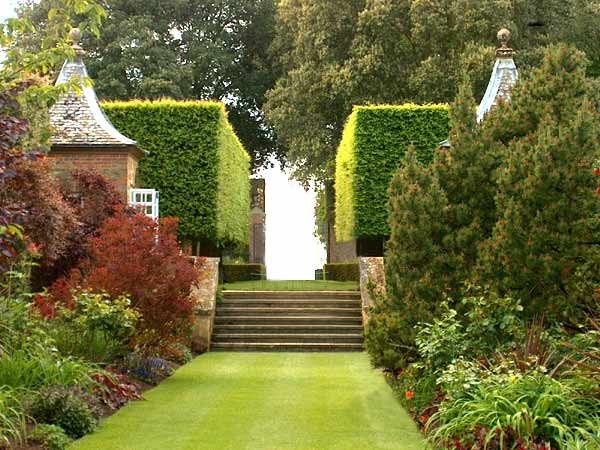 "It's all good, we can continue." I informed Harry when I put my phone on my bag again.

"So it's my turn now right." He started thinking. "Why do you always have this worried look when you watch your father?"

"I haven't seen you and your father together much but it's noticable how worried you get when you look at him." He spoke very calmy.

"Well I was used to seeing him everyday and now he's in a different country away from me, working like crazy. He seems really thin now and the bags in his eyes... He pretends to be happy when me and India are here but I can image what it is to spend the rest of the year by himself with no one to talk to in the end of the day when he gets home. It's just sad you know, I really miss him and India too. But she's been really happy because she met you and I have to thank you for that." I finally met his gaze.

"I didn't know you feel that way about your father. You never mentioned it."

"Why should I?" I shrugged.

"You can tell me." He seemed really caring today.

"Why are you always so attentive with me?" I said the honest as I could.

"I'm always attentive with you!" He was offended.

"I know but you look so relaxed everytime you walk out there. And that's why people love you, because you are so cool and funny and you face drives everyone crazy but no one really knows that soft side of you do they?"

"They do. I care for everyone I like and I show it."

"That's differente thought. I know a side of you know that I didn't before." I spoke softly.

"How could you? We never met before." He paused. "Well till now." His dimples popped up.

"Oh stop! You always do that!" I slapped him playfully.

"Do what?" He shrinked rubbing his arm.

"That!" I pointed at his dimples. "You mesmerise people with your dimples and you know how it affects them. That should be a crime." I started laughing loudly and he joyned me.

"I like you." I immediatly got mobbed by his three words. Oh no what did he say?!

"I mean I like how you're acting like now. Not pushing me away and laughing like a 17 year-old girl should do. That's exacly what I like about you, you play around, laugh loudly, mess with Louis in a funny way..."

"I am like that all the time." I deffend myself.

"I know I've realized that throughout these two weeks but you're rarely like that with me." I knew he was right.

"I just have a hard time trusting people. I've been hurt in the past and I don't want that to happen again." He suddenly grabbed my arm and pushed me to him. We stood there, face to face, looking deep into each others eyes. I could see the world through his beautiful green pearls.

"I'm here. I would never hurt." He cupped my cheek leaving tingles with his touch.

"Of course you would! To start, that sentence is such a cliché! You're a celebrity Harry, every girl in this world wants you. Why wouldn't you just have fun and enjoy your life? Because you can you know, You're 19 and living your dream, the last thing you need right now is someone to be stuck with..." He placed his finger in my mouth to prevent me from speaking.

"Stop saying that, please... Just stop! It hurts me when you say that. You make me a heartless man." He frowned, truly hurt.

"I know." He stopped me again grabbing my hand to place it on his chest, covering it with his other hand. "Can you feel it?" He mentioned to his heartbeat. I just nodded not reaching his point. "I have a heart Mia, I'm a human being like everyone else, I have feelings. I love and get hurt but I also learn something from it." His heart started beating faster and faster and he sighed heavily. "I'm not saying I won't hurt you because I'm human, there's a chance I might do that but never on purpose Mia, never!" He emphasized. I didn't know what to say, his words left me speechless. He had opened his heart to me and gave me the chance to get to know him better. He had said a lot just by that sentences. A lot more than he thought probably.

"I don't know what to think." I finally broke the silence.

"That's exacly your problem, you think." I sent him a weird look.

"Well normally that's what people do." I argued back.

"Funny. You know what I mean. You overthink. Just let it go. See how things roll and don't worry about what's gonna happen next. What's meant to be it will."

"Do you really believe that?"

"I do Mia." He answered truthfully. "By some lucky chance we ran into each other that day in the café months ago and now we're here. That's not something that JUST happened, that's faith." I looked at him smiling with my lips, there wasn't much more to say. He had said it all. And for now that was enough.
He returned the smile and placed both hands on my cheeks just once leaving it to put a piece of hair behind my ear due to the fresh breeze on the fild.

"Can I?" His eyes pleaded with mine, looking at my lips mentioning what he was refering to. He wanted to kiss me, right now. Harry Styles was asking permission to kiss me in that exact moment!
I opened my mouth but instantly shut it realizing I didn't have a concrete answer. A part of me wanted to kiss his lips, they were so irresistable. But then I was not sure if I was ready for that again. I din't know if I could kiss someone again because if I kiss him it means I'm willing to let him in and I'm not sure if I can do it right away... Or ever. Also I don't want to disappoint or hurt him in case I'm not up to his expectations.

He squeezed my cheeks trying to capture my attention. His eyes bounced between mine searching for some sign of an answer. He was so close to me right now that my hormones got the best of me, my body acted without my head and I nodded unaware that I had just gave him permition to kiss me.
He smiled softlly and leaned forward very slowly almost making sure I was not having second thoughts. In the next second his wet lips touched mine resting there for a few seconds. His lips were so smooth and tender. Even if I wanted to I could not explain how I was feeling right now, butterflies erupted from my stomach longing for more but then it was like a bus hitting me and I felt really bad, guilty.

"I'm sorry." I pushed him away not deepening the kiss. He stared at me searching for an explanation that I never gave. He finally nodded in understandment.

"It's okay I get it, you're not ready." He stepped back. "I just wished you could tell me what happened to make you so retrated about this kind of feelings."

"I don't want to talk about it." I interwined my fingers and looked down.

"I really wish you'd tell me in order for me to help you get through this." He held my chin forcing me to met his eyes.

"For real?" He made me promise.

"For real." I stroke his curls as he closed his eyes amused with my touch.

"It's okay, there are other ways of connecting." He smiled largely.

"What?" My eyes widened. Was he really trying to...

"That's not what you're think. It sounded completely different! And you're such a dirty minded!" He pretended to be shocked.

"I've always warned you not to push me."

"That's a good knowledge for later." He winked teasing. "What I meant was we can talk, share stuff, go out, things like that..."

"But hey, if you want to do what you thought I was suggesting in the first place I'd be more than glad to accept your offer in case it..." He started teasing me.

"Oh shut up." I slapped him harder. He suddenly lifted me up and started running.

"Harry put me down!" I yelled feeling his chuckles as my stomach was supported on his shoulder. "Put me down!" I shouted hitting his back repeatedly.

"Only if you say I'm the hottest boy you've ever met." He stopped.

"Then we can't negociate." He continued carrying me around.

"Okay okay. You're really cute. Can you please put me down now?" I started flouncing in his embrace.

"Hot." I imitated jokingly with a fake british accent.

"Argh I hate you." I hit him again. "Harry you're hot. Can you please put me down now?" I begged.

"Good girl." He let me go but in the moment I least expect so we eventually ended up falling on the grass, he on top of me. We just started laughing, enjoying our afternoon. He stopped and kissed my nose gently before getting off me, lying down beside me on the grass, leaving that moment for us to appreciate the beautiful sky blue and that unique moment.

"My turn now." He started again after a while supporting his body weight in his elbow to look at me more properly, both still laid.

Yay! What do you think of that heart-to-heart little chat. Will Mia put down the walls she tried so much to create and let Harry in or will she realize it's just too much for her? Please comment below :D